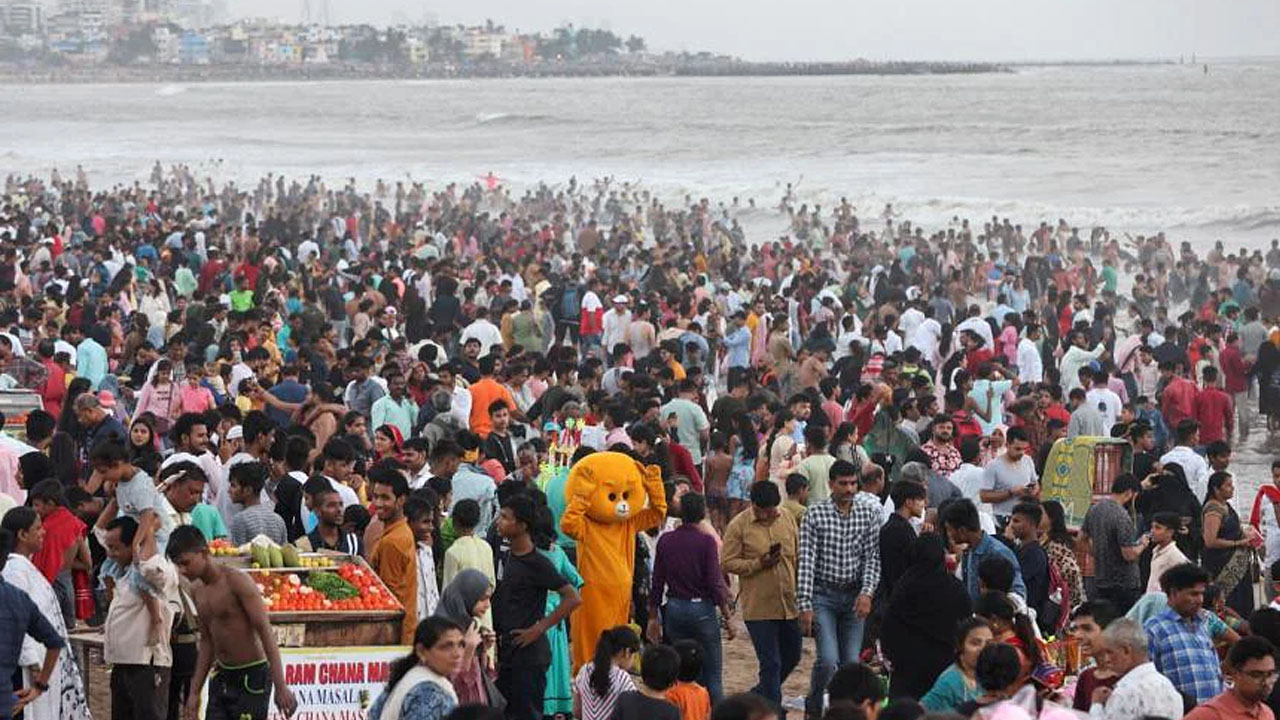 The United Nations estimates that the global human population will reach eight billion by mid-November, and will continue to grow, albeit at a slower pace and with regional disparities, in the decades to come.

Here are some key takeaways from the UN analysis:

– Population growth slowdown –
The UN Population Division estimates that the number of humans on Earth will grow to eight billion on November 15, more than three times higher than the 2.5 billion global headcounts in 1950.

However, after a peak in the early 1960s, the world’s population growth rate has decelerated dramatically, Rachel Snow of the UN Population Fund told AFP.

That figure could potentially fall to around 0.5 percent by 2050 due to a continued decline in fertility rates, the United Nations projects.

– When will we peak? –
Given the increase in life expectancy as well as the number of people of childbearing age, the UN projects the population to continue growing to about 8.5 billion in 2030, 9.7 billion in 2050, and a peak of about 10.4 billion in the 2080s.

Other groups have, however, calculated different figures.

The US-based Institute for Health Metrics and Evaluation (IHME) estimated in a 2020 study that the global population would max out by 2064, without ever reaching 10 billion, and decline to 8.8 billion by 2100.

“We are lower than them (the UN) and I think we have a good reason,” lead author of the IHME study, Stein Emil Vollset, told AFP.

The University of Washington professor says that under their “quite different fertility model,” the human population will only reach somewhere between nine and 10 billion.

“We’ve reached a stage in the world where the majority of countries and the majority of people in this world are living in a country that is below replacement fertility,” or roughly 2.1 children per woman, says Snow.

The result, combined with the decline in fertility, is that the proportion of people over 65 is expected to rise from 10 percent in 2022 to 16 percent in 2050.

This global graying will have an impact on labour markets and national pension systems while requiring much more elderly care.

Snow says that a growing number of countries are reaching out to her organization, asking “how can UNFPA help us better understand what we might do to boost our population.”

– Unprecedented diversity –
Beneath the global averages are some major regional disparities.

For example, the UN projects that more than half of the population growth by 2050 will come from just eight countries: the Democratic Republic of Congo, Egypt, Ethiopia, India, Nigeria, Pakistan, the Philippines and Tanzania.

The average age in different regions is also meaningful, currently at 41.7 years in Europe versus 17.6 years in Sub-Saharan Africa, according to Snow, who says the gap “has never been as large as it is today.”

Those numbers could even out, but unlike in the past when countries’ average ages were mostly young, says Snow, “in the future, we may be closer in age, mostly old.”

Some experts believe these regional demographic differences may play a significant role in geopolitics going forward.

– India to surpass China –
In another illustration of changing trends, the two most populous countries, China and India, will trade places on the podium as early as 2023, according to the UN.

China’s 1.4 billion population will eventually begin to decline, falling to 1.3 billion by 2050, the UN projects.

By the end of the century, the Chinese population could fall to only 800 million.

India’s population, currently just below that of China, is expected to surpass its northern neighbour in 2023, and grow to 1.7 billion by 2050 — though its fertility rate has already fallen below replacement level.

The United States will remain the third most populous country in 2050, the UN projects, but it will be tied with Nigeria at 375 million.