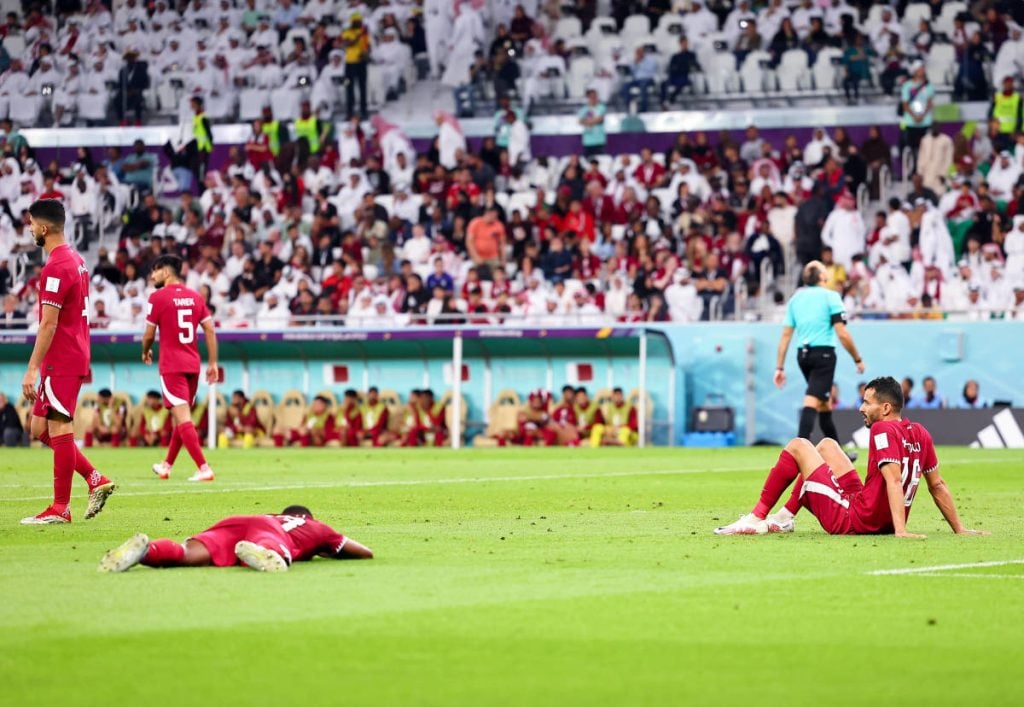 Qatar, the hosts of the 2022 World Cup have been eliminated in the group stage.
They were knocked out after losing two straight games in Group A.
With this development, Qatar became the first country to be knocked out of the competition after the Netherlands drew 1-1 against Ecuador.
Qatar’s hope to secure three points was dashed when Senegal thrashed them 3-1 in their second group game.
The host still have to fulfill their remaining game against Group A leader Netherlands on Tuesday at the Al Bayt Stadium.
BBC reported that Qatar made history by becoming the first country from the Middle East region to host the World Cup and now has the unwanted record of becoming just the second home team to exit the competition at the group stage, after South Africa in 2010.