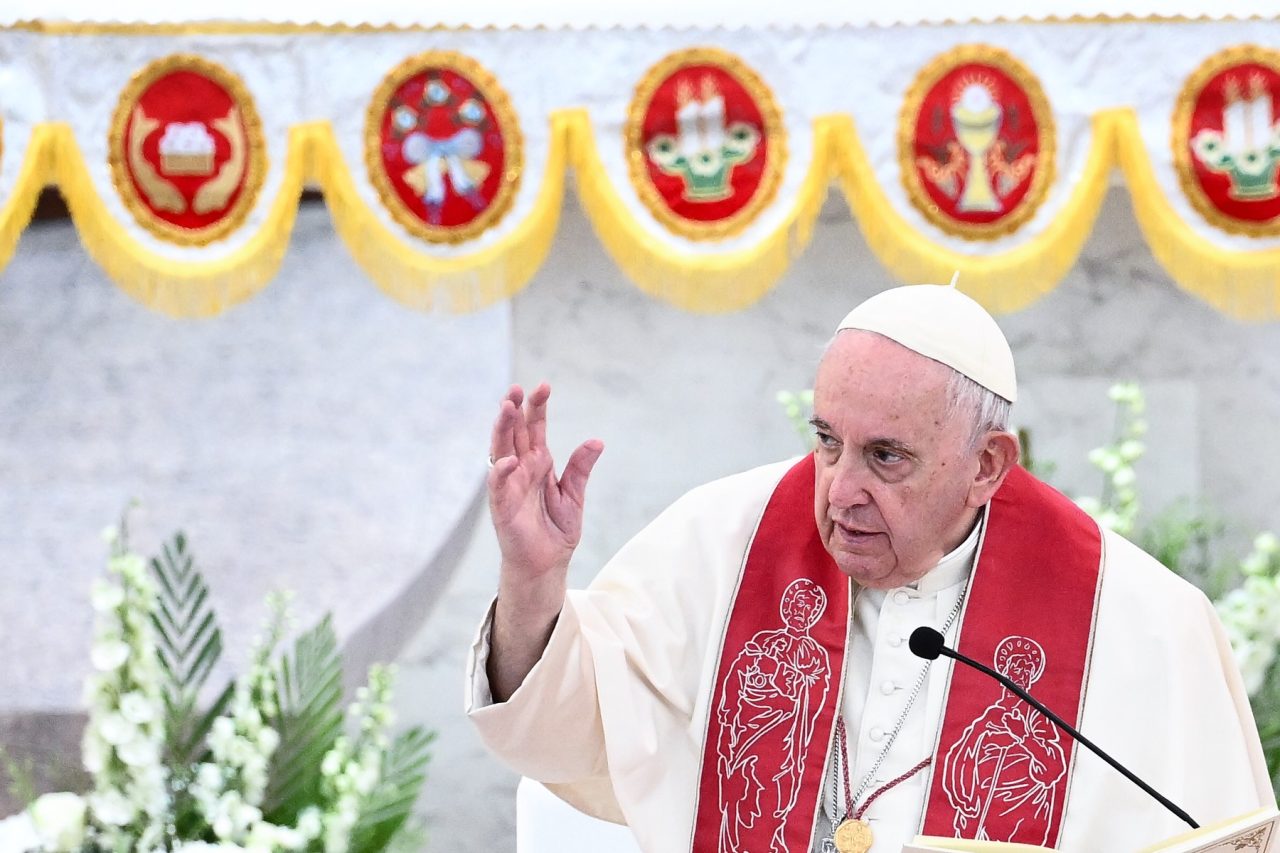 Pope Francis said Sunday he was praying for “suffering peoples of the Middle East”, at the end of a Bahrain visit promoting dialogue with Islam but marked by accusations of rights abuses in the Gulf state.

In a final address before boarding a flight to Rome, he also urged congregants to pray “for Ukraine, which is suffering so much”, and for an end to the war.

He told Lebanese congregants he was praying for “your beloved country, so weary and sorely tried, as well as (for) all peoples suffering in the Middle East”.

The 85-year-old Argentinian used his four-day visit to Muslim-majority Bahrain to meet both senior Muslim officials and Catholic residents of the Gulf, home to a large migrant labourer community.

On Saturday he held an open-air mass for about 30,000 people, many of them moved to tears by the occasion.

Bahrain, which established formal ties with the Holy See in 2000, has around 80,000 Catholic residents. Most are workers from the Philippines and other Asian countries.

On Sunday, the final morning of the first ever papal visit to the island nation, Francis visited Sacred Heart church in Manama and urged Catholics to be “tireless promoters of dialogue” with other faiths.

“Let us seek to be guardians and builders of unity… in the multi-religious and multi-cultural societies in which we find ourselves,” he said, at the Gulf’s oldest church which opened in 1939.

His words came a day after police briefly detained relatives of Bahraini prisoners on death row who had protested and asked to meet with the pontiff, according to a London-based rights group — although authorities denied there had been “apprehensions”.

In his first speech, on Thursday, the pontiff had spoken of the “right to life” and the “need to guarantee that right always, including for those being punished, whose lives should not be taken”.

Finance Minister Sheikh Salman bin Khalifa Al-Khalifa told AFP that Bahrain had “robust and wide-ranging human rights and criminal justice protections”, and that the pope’s comment on the death penalty had not singled out Bahrain.

This was the pontiff’s second trip to the Gulf following a 2019 visit to the United Arab Emirates. He met in Bahrain with Sheikh Ahmed al-Tayeb, the grand imam of Cairo’s prestigious Al-Azhar mosque.

He also used the trip to warn that the world was on a “delicate precipice”, decrying the “opposing blocs” of East and West — a veiled reference to the standoff over Russia’s invasion of Ukraine.

“A few potentates are caught up in a resolute struggle for partisan interests, reviving obsolete rhetoric, redesigning spheres of influence and opposing blocs,” he said.

The pope, who uses a wheelchair and walking stick due to knee problems, was to leave for Rome at around 1:00 PM (1000 GMT). He was expected to talk to journalists during the flight.