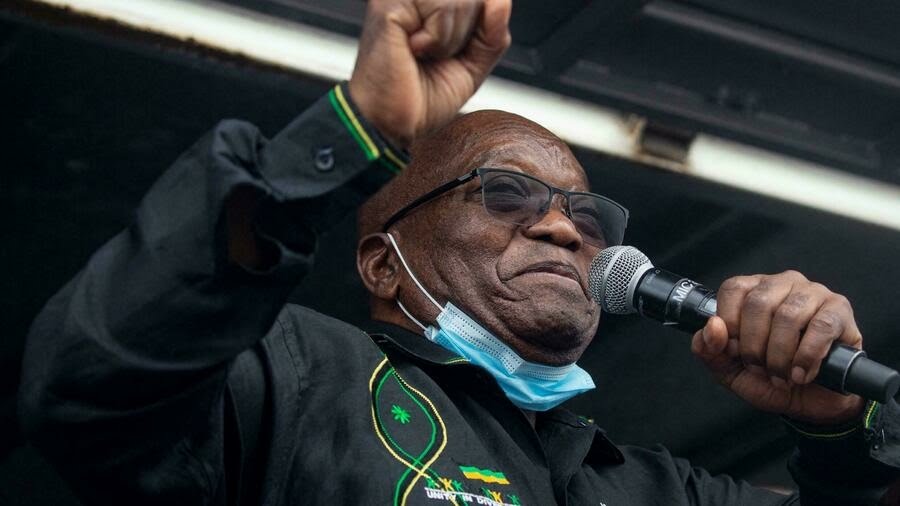 Former South African leader Jacob Zuma has accused his successor of having bought his position as head of the ruling African National Congress (ANC), a month before a crucial party meeting.

The ANC is set to gather in mid-December to decide whether to endorse current President Cyril Ramaphosa for a second term by re-electing him head of the party.

“There were clear allegations made that Cyril Ramaphosa, who is contesting for the presidency, used a lot of money to buy his position as president of the ANC,” Zuma told a crowd of supporters in Durban on Sunday, accusing the head of state of having “abused the democratic process”.

The financing of Ramaphosa’s ANC leadership campaign in 2017 has raised controversy before — notably when he was accused of having lied to parliament about a 500,000-rand ($27,800) donation from an industrial group.

Ramaphosa, 69, was cleared by the Constitutional Court and took the reins of the country in 2018 after Zuma stepped down, mired in a scandal of his own.

The 80-year-old Zuma was ultimately sentenced to 15 months in prison for stubbornly refusing to answer to an anti-corruption commission.

His incarceration in July 2021 triggered a wave of violence and looting.

The former president, who remains Ramaphosa’s chief political rival, has launched a series of attacks against him over the past month, accusing him of “treason” and corruption.

Voted in on promises of tackling graft, Ramaphosa is currently under investigation over large sums of money discovered during a break-in at one of his properties.

An independent parliamentary commission is expected to deliver its findings next week. The outcome could lead to a potential vote to remove Ramaphosa, who has denounced the investigation as political.