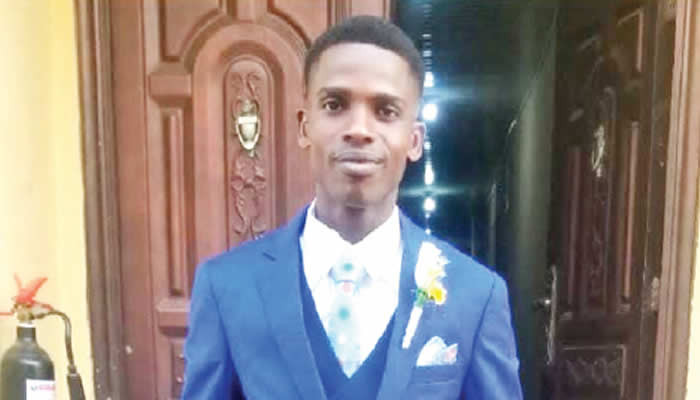 The family of a 30-year-old healthcare worker, Olusola Olasehinde, has raised the alarm over his whereabouts almost four months after he left home for work in Ibadan, Oyo State and didn’t return.

It was gathered that Olusola, who works at Fidson Healthcare, Ibadan, left Redemption Camp alongside his wife Chisom, around 7.30am on June 29, 2022.

He was said to have boarded a vehicle on Monday in front of the Redemption Camp and did not return home.

His elder brother, Oluwagbenga, said all efforts to locate him had been abortive.

“He and his wife live at the Redemption Camp. He usually goes to Ibadan on Monday and returns on Friday, as he was transferred last year to Ibadan. On June 29, they both got to the gate of the Redemption Camp around 7:30am. The wife went to the Abeokuta High Court, while Sola went to work in Ibadan,” Oluwagbenga explained.

“Around 9am, my younger brother called him and he picked the call and said he was inside a bus and when he got to Ibadan he would call back. Around the same time, his wife called me and said she was already at the court in Abeokuta. She said her husband’s call came in as a flash and she tried to call back immediately because the court was not in session yet. She said his number was not going through.

“I visited Redemption Camp around 12pm because my mother travelled to camp that same day with a few things that she wanted to give them. My mother did not go with her new phone, so there was no way she could reach them; so she started calling me that I should come.

“Around 11pm, the lady called back, crying that she had yet to see her husband and his number was still not going. She added that she had called the numbers of his colleagues in the office and they were not picking up. Till today, his number has not been going.”

Oluwagbenga said the family had reported the matter to the police and the Department of State Services, adding that all efforts had been futile.

He noted that the case was also reported to the Amotekun Corps in Ondo State, saying the operatives had promised to track Olusola’s phone.

The victim’s wife, Chisom, who was delivered of a baby boy in September 2022, said she had yet to hear from her husband.

She stated that Olusola’s picture had been given to the police to aid their investigation.