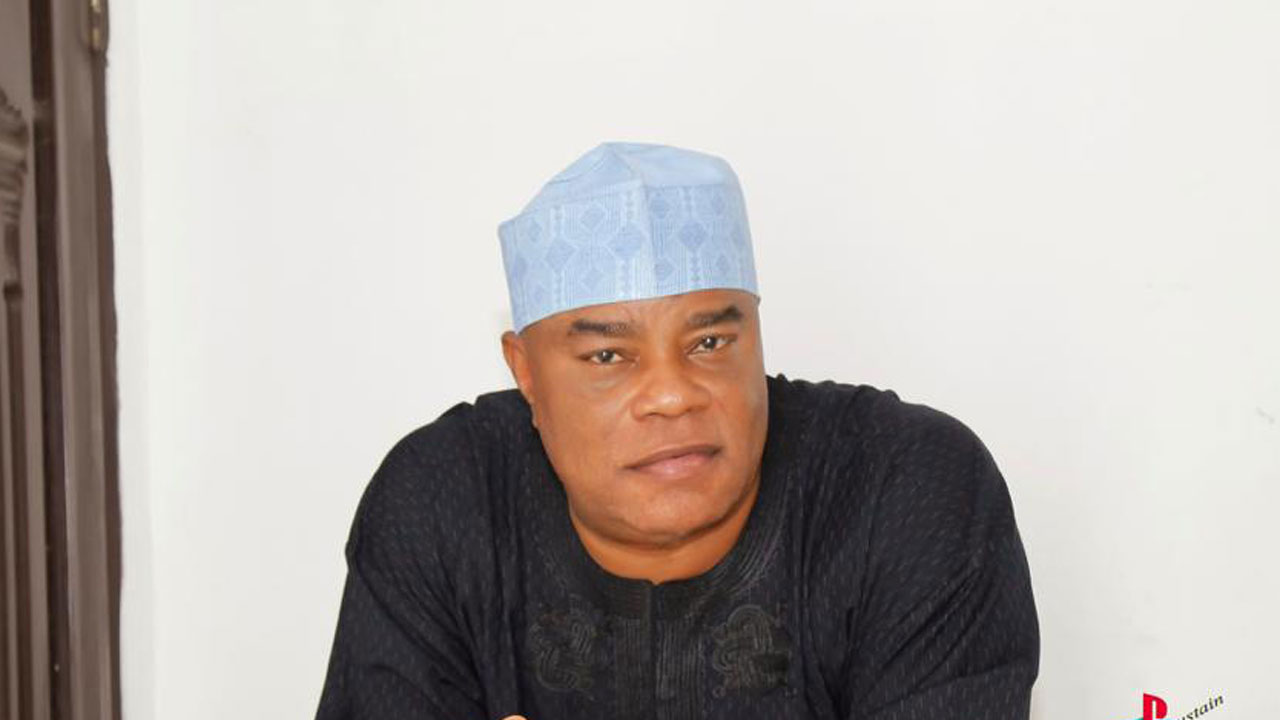 Adesegun Adekoya, representing Ijebu North, Ijebu East/Ogun Waterside Federal Constituency under the Peoples Democratic Party (PDP), is the Deputy Minority Whip of the House of Representatives. In this interview with AZEEZ OLORUNLOMERU, he bares his mind on why Iwopin Paper Mill cannot be revived and the failed Ogun multi-million dollar Olokola Free Trade Zone, among other issues.

What is your assessment of the All Progressives Congress-led government in Ogun State?
Government is a continuum. The present occupier will do his best and leave. What he is doing is his best. That is the way I view government.
The immediate past administration made a lot of mistakes, although some are genuine while most are as a result of vendetta. How can somebody be a sectional leader concentrating on Ogun Central Senatorial District alone, building bridges all over the place to the extent that there are more bridges in Ogun than in Lagos, while leaving other sections of the state to suffer. The ripple effect of infrastructural decay is humongous, including bad roads.

In terms of road network, the present administration has proved beyond reasonable doubt that it is the government’s priority to make available to the people good road network as part of the dividends of democracy. For instance, the Ago Iwoye–Ilishan road has been abandoned for many years. But my worry is that the same government was constructing a 13km road and stopped at 12km. Sadly, the 1km left behind was the vital portion needed by people where business activities is booming, which is the axis the Olabisi Onabanjo University (OOU) and one Ahmadiya school are located.

Injustice is part of what brought us to where we are today and necessitated the self-determination struggle by Sunday Igboho and others. Another bill is on the Federal College of Entrepreneurship and Skills Acquisition, Ijebu Ife. There is also a bill that has been passed into law on teachers’ retirement age. The reason for this is not far-fetched. In 1960, when the colonial masters were leaving the country, they left Nigeria with 24 provinces, including Ijebu and Sokoto Provinces. But today, Sokoto Province has three states carved out of it. Back home in Ogun, Egba Division is one with a lot of developments where those federal institutions reside, but there is no single tertiary intuition in the whole of Ijebu Province, which was the reason for my bill. But to my dismay, the President has not deemed it necessary to append signature to the bill that will help reduce the rate of illiteracy and contribute to the nation’s economy. I research a lot to represent my people well at the National Assembly. I am also a born villager; I wine and dine with my people. That makes me a grassroots politician and I know the yearnings and aspirations of my people.

At times, when I look at the country’s situation, it looks as if God hates the country because someone, who never dreamt of becoming president or governor would just emerge, without suffering or knowing the terrain. That is the reason for the present situation we are in.

Some have said that Ladi Adebutu is running a one-man show in Ogun PDP. What is your take on this?
People should realise that on the day of election, everybody is important. However, Ladi needs to make peace with Segun Showunmi for the survival of the party and in the interest of peace.

The Olokola Free Trade Zone project has been described as a missed opportunity for massive economic development of the zone? How did the State miss the investment opportunity?
When I remember the past administrations in Ogun State, I cry for our dear state. Imagine the Olokola Free Trade Zone (FTZ), the initial proposed Dangote industry site we missed. For the government of that time to have lost such multi-million dollar industry, which is capable of giving the people of Ogun 30,000 direct employments, to Lagos State, including subsidiary and other services, is worrisome. I was Commissioner for Works when the project was initiated and all the necessary processes were permitted. Olokola Community had started preparing for the take-off before the immediate past administration thwarted the process due to politics of hatred. One cannot mention the huge loss the state recorded, including Chevron’s contribution. We also lost $15 million from Japanese investors for equity participation. Many government functionaries were interested in the business because the Niger Delta area was becoming too restive for investors.

Olokola is unique because of natural depth. The deepest portion of the lagoon in Olokola is twice deeper than that of Tincan Island in Lagos. For instance, in Olokola, there is no need for dredging in the next 50 years and no weight of ship that cannot sail at Olokola and somebody, for whatever political reason, allowed the state to lose such opportunity with direct revenue in terms of tax that would have been coming into the state’s coffers. However, as at that time, the entire lands in Ijebu Waterside had been bought over by speculators.

There are many government assets rotting away in the state, particularly the Iwopin Pulp and Paper Company in Ijebu Waterside area? How can you get government to revive this asset that was once the pride of Southwest?
The Federal Government sold the Iwopin Pulp and Paper company to Tunji Braithwaite’s family. Braithwaite bought it before he died. It is part of my motion in the House. Those who purportedly bought the mill, instead of rehabilitation, removed all the important equipment of the estate and resold it. I wrote petition that the term of purchase was to reactivate the paper mill and not to leave it comatose the way it has been turned to empty space. I know of an auctioneer, who said they auctioned goods worth N2 billion from the place, to the extent that they uprooted cables.

As we speak, what they are doing there now is a mushroom fish pond business, and the ignorant Iwopin people, whose assets were being looted, were also complacent by mounting road blocks to collect N200 toll from them when they load trucks with goods from the Iwopin plant. Imagine what the Nigerian government has done to the largest paper mill in Africa through privatisation.