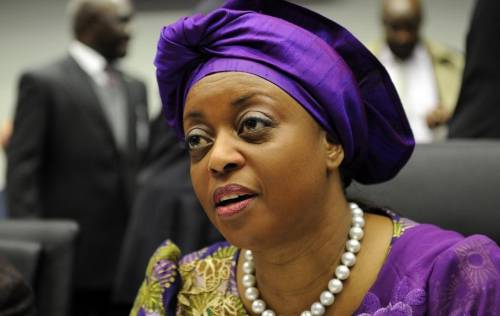 Nigeria’s foremost anti-graft agency, the Economic and Financial Crimes Commission (EFCC) has made some fresh allegations against the former Minister of Petroleum Resources, Diezani Alison-Madueke.

The EFCC is accusing the former minister of giving politicians the sum of $115 million to rig the 2015 presidential election.

The EFCC Chairman, Abdulrasheed Bawa, made this known on Wednesday at an induction retreat for new resident electoral commissioners of the Independent National Electoral Commission (INEC) in Lagos.

Bawa who was represented by the chief superintendent of the anti-graft agency, Adukwu Michael, said that an investigation by the commission revealed how the former petroleum resources minister misappropriated funds.

Diezani is being accused of stealing $2.5 billion from the Nigerian government while she was a minister under former President Goodluck Jonathan.

However, the former minister has denied the allegations, and the EFCC has since commenced a process to indict her.

In the process, the Nigerian government secured a court order for the forfeiture of Diezani’s properties located in Banana Island Foreshore Estate, Ikoyi, Lagos, including 18 flats and six penthouses.

On Wednesday, the EFCC boss said some of the monies allegedly stolen by the former minister have been recovered by the commission.

According to him, the agency is focusing on how to discourage vote buying.

THISDAY quoted Bawa as saying, “The commission’s focus in election management is discouraging the use of money to influence the outcome of election.

“Parties often induce voters with money because they lack proper and realistic policies to convince the electorate to vote them into power.

“Whenever one is induced to sell his vote, he automatically loses moral ground to challenge corrupt tendencies of those elected.

“In the 2015 discreet investigation, the commission was able to uncover a grand plan to compromise the 2015 general election through massive cash payments to politicians.

“$115 million was paid out to politicians by former minister of petroleum resources, Diezani Alison-Madukwe, to compromise the election.

“Some of the money was recovered while many of the culprits are being prosecuted with few convictions recorded. At the heart of EFCC strategy to curb voter inducement is inter-agency collaboration and information sharing.

“The EFCC is complementing the efforts of other stakeholders in educating the electorate on why it is important for their votes to not be traded.

“We are working with INEC to determine and to enforce provisions of the Electoral Act as it relates to limit of campaign spending by different categories of office seekers. This is an intelligence-driven exercise.”

SaharaReporters reported in May 2016 that the EFCC traced the $115 million spent by Diezani to stolen crude oil.

“Our operatives have discovered that the $115 million came from stolen crude oil. They got it from former Petroleum Resources Minister Mrs. Diezani Alison-Madueke,” a top EFCC official had said.

The source, who spoke on condition of anonymity because of the “sensitivity of the matter,” had added: “We will uncover how they came about the stolen crude oil and those used to siphon the oil in order to deny the nation of revenue.”