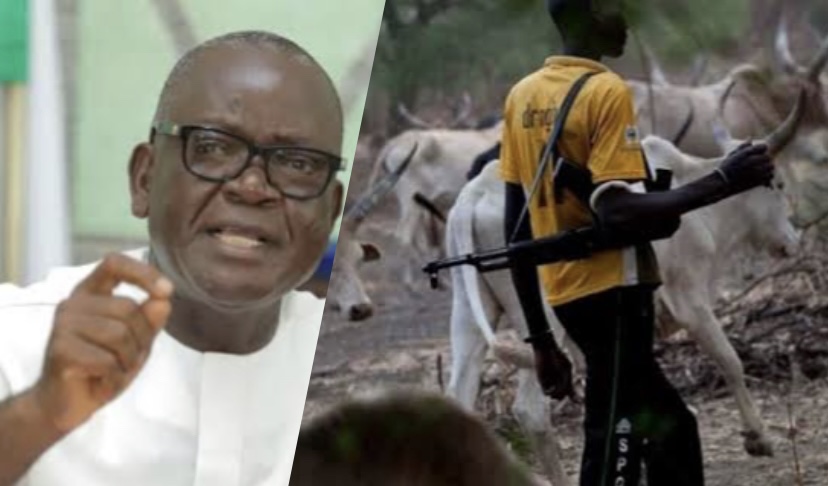 The Benue governor claimed he received confidential information from top security personnel that the regime had ordered them not to go after the killer herdsmen.

Mr Ortom’s claim in an interview with the ICIR published on Monday could not be independently verified.

“I have spoken to some security men who told me the federal government gave them directive that they do not have to move against these Fulani men,” the Benue governor claimed.

He added, “That is why I keep saying that the federal government’s action and inaction clearly show that they are complicit in the criminality that is going on in Nigeria. They call them bandits because they do not want people to call them Fulani herdsmen.”

Mr Ortom, a former ally-turned-critic of Mr Buhari’s regime, further claimed that he would have taken up arms to lead the fight against killer Fulani herdsmen in Benue if he were not a child of God.

“If I were not a child of God, if I did not believe in being lawful, if I did not have respect for the Constitution of the Federal Republic of Nigeria, I would have taken arms myself to go there and fight,” Mr Ortom asserted. “Because this impunity is too much. They (Fulani herdsmen) think that as their brother is there, nothing will happen to them, and they do anyhow and go scot-free.”

Presidential spokesperson Garba Shehu had accused Mr Ortom of instigating an ethno-religious crisis similar to what happened in Rwanda.