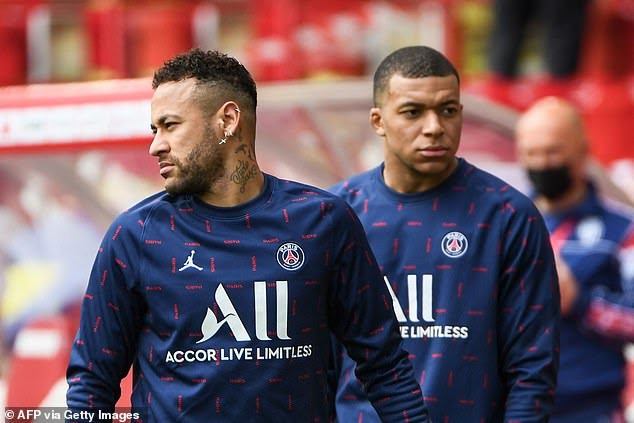 PSG and Brazil superstar, Neymar is facing calls for a prison sentence of five years over charges of corruption and fraud.

Brazilian investment firm DIS believe the now-PSG star’s move from Santos was undervalued, leading them to lose out, having bought 40 percent of the rights to the player for £1.7m (€2m) when he was 17.

The other defendants in the case are both Barcelona and Santos, former Barca presidents Josep Maria Bartomeu, Sandro Rosell, Santos Odilio Rodrigues, and Neymar’s parents.

The Catalan giants claimed that at the time, Neymar’s transfer fee was £49.6m (€57.1m), and that the fee was paid to both the player’s family and to Santos.

His parents received £34.8m (€40m) of the fee, with the rest going to the Brazilian club, of which DIS received 40 percent.

However, the investment firm are claiming that Barcelona rejected higher offers. Their lawyer Paulo Nesser said on Thursday: ‘Neymar’s rights have not been sold to the highest bidder.

The DIS are are demanding five-year incarceration for the player, and also requesting a £129.6m (€149m) fine for Bartomeu and Rosell, as well as an additional prison sentence.

However, the Spanish prosecutors who are bringing the case want only a two-year term and £8.7m (€10m) fine for Neymar and five-years for Rosell as well as a £7.3m (€8.4m) fine for Barca.

But Neymar’s family lawyers, Baker McKenzie have issued a statement of their own, which dictates that the transfer broke no FIFA laws and that the alleged crimes are not punishable in the forward’s home country.

They also claimed the Spanish courts ‘lack jurisdiction’ to try the case as the supposed crimes took place on Brazilian soil, and that the family is charged with ‘corruption between private individuals’.