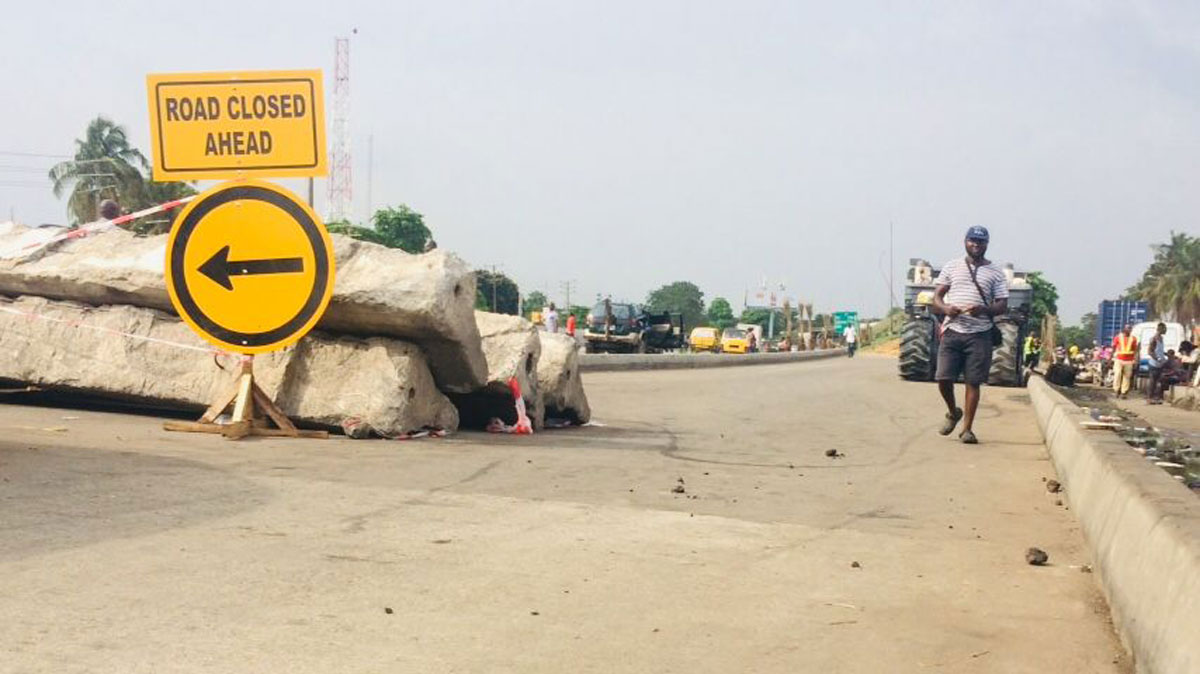 Barely 11 months after the burnt Lagos Airport link bridge was opened to traffic, to the relief of motorists after months of subjecting them to hardship, the Federal Government has again  closed the link bridge for repairs.

The bridge, which crosses the Apapa-Oshodi-Ojota-Oworonshoki Expressway was razed early last year when a diesel-laden tanker burst into flames underneath the bridge.

Consequently, the bridge was shut to save lives, allow for investigations and repairs on the damaged pillar and reinforcement. The Federal Ministry of Works and Housing reported that the bridge was badly damaged.

Repairs on the bridge were delayed, prompting fears among road users that the government could abandon the project. But work was completed and the bridge was commissioned.

However, on Monday, October 31, the bridge was again cordoned off without prior notice to motorists. Many motorists coming from Mile Two, who were not aware of the development, made sudden U-turn and were asking for alternative routes.

This resulted in gridlock along the busy expressway as officials could not offer any explanation on the scope of work or when it will be completed.

Attempts to get workers on site to explain their mission failed as they directed all enquiries to the Federal Ministry of Works and Housing.

When The Guardian contacted the Director, South-West, Federal Ministry of Works and Housing, Adedamola Kuti, for official comment, he said he was attending a meeting and promised to reach out to the reporter, but at press time, he was yet to do so.