Danish midfielder Christian Eriksen said he held talks with “every” Manchester United manager during his time at Tottenham Hotspur before finally joining the club on a free transfer from Brentford in July.

Eriksen spent nearly seven seasons with Spurs between 2013-2020 and made more than 300 appearances for the club. During that period, Manchester United had four managers – David Moyes, Louis van Gaal, Jose Mourinho and Ole Gunnar Solskjaer.

Eriksen, who left Spurs to join Inter Milan in 2020, said last week that new United manager Erik ten Hag’s vision for the club was a big factor in his reason to sign.

“At Spurs I’ve spoken to every manager who’s been here at Manchester United to see what the situation was,” Eriksen told reporters.

“But I was at Spurs at the time and I really couldn’t see myself playing in another English team.

“For me, it wasn’t the (right) timing. I was at Spurs for a long time and I wanted to try something abroad and I went to Inter and ended up having a lovely time.”

Eriksen also said he is willing to play wherever Ten Hag asks him to, and that he would have no problem playing alongside Bruno Fernandes, who has a similar skillset to the Dane. 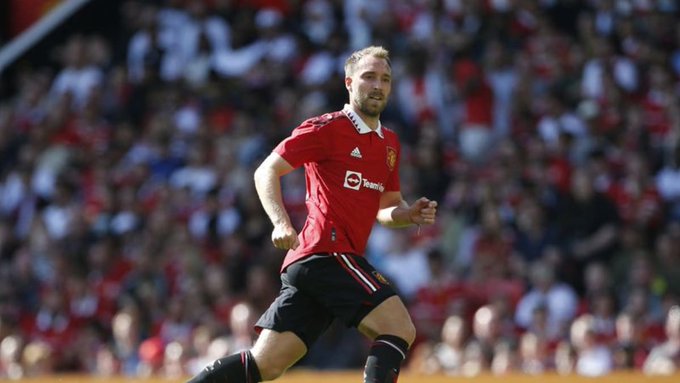 “Before I came, I spoke to him (Ten Hag) about how he sees me as a player and where he sees me,” Eriksen said.

“He puts the team out and picks who’s going to start, and then from there on you adapt to whoever you’re playing with. But I can’t see any problem playing with Bruno.”

United begin the new season with a home game against Brighton & Hove Albion on August 7.

Continue Reading
You may also like...
Related Topics:featured, Football